Rhinoceros, Beaver and Panda by Zoologist

Zoologist is a Canadian niche house whose creations possesses two commodities that we could do with more of in Perfumeland – novelty and wit.  The man behind this concept is Victor Wong who cleverly decided to commission indie perfumers to author each animal inspired scent. However, it should be noted that no animal products were used in any of the fragrances.

I tried the inaugural three perfumes which were launched in 2014. My interest has been piqued enough to want to try the latest additions, being the delightful sounding Hummingbird by Shelley Waddington of En Voyage Perfumes and the intriguing – not to say award winning – Bat by Ellen Covey of Olympic Orchids.

The bottles are fantastic with the illustrations being reminiscent of The Wind in the Willows.

I thought Rhinoceros would be too much of a beast for me to handle but while it’s not my usual style, I really enjoyed testing and wearing it. It’s a strange mix of booze, smoke, oud and pine which swirls across my skin and holds my attention. The subtle pine accord, along with the other aromatics, make an interesting contrast against the more  upfront combination of alcohol, tobacco, oud and leather.

The oud is the most pronounced component of Rhinoceros on me and while we are not short of oud frags to choose from, this one is particularly urbane, being nicely refined with sophisticated tobacco and leather.

The aromatics and rum recede in the base, but it remains as arid as the desert plain throughout.  It would be attractive to those who like the idea of a “gentlemen’s club” style scent with a twist.  In opposition to the tough hide of its inspiration, Rhinoceros is surprisingly smooth with a distinguished air.

Rhinoceros was composed by Paul Kiler of PK Perfumes, as was Beaver.

*I have a sample of the original version but the website states that the formula has been modified this year with the removal of the smoke and ash notes, redesigning of the linden blossom and the addition of light leather and more musk.  A limited number of bottles of the original formula are still available.

Composed by British perfumer Chris Bartlett of Pell Wall Perfumes, this fragrance was largely inspired by the beaver’s river habitat but also uses a castoreum-style base to represent the mammal’s musk.

First we get sparkling, juicy lime bringing to mind a rushing river in bright sunlight, but this is soon undercut by a light plume of smoke and something vaguely metallic.  I don’t get the dirty facet others seem to, so I’m guessing this is yet another case where my nose is failing to pick up a certain type of musk. The muskiness I do pick up in Beaver is of the sheer, woody musk variety and flows nicely with the aquatic citrus accord.

As time wears on the watery aspect fades to a faint backwash overlaid with a cottony musk drydown.  I find it subdued – especially compared to Rhinoceros – but no doubt this wouldn’t be the case if I got the intended “beaver musk”.

Panda is a full of lush green vegetation filled with sap on the inside and dampened with rain on the outside. It makes me think of misty, verdant mountainsides and clean air. However, I’m thrown by something that verges on the medicinal.  I can best liken it to a drop of potent cleaning fluid on wet leaves.

This distracting facet calms down in the drydown when the whole scent becomes a darker shade of green, mimicking dense undergrowth. 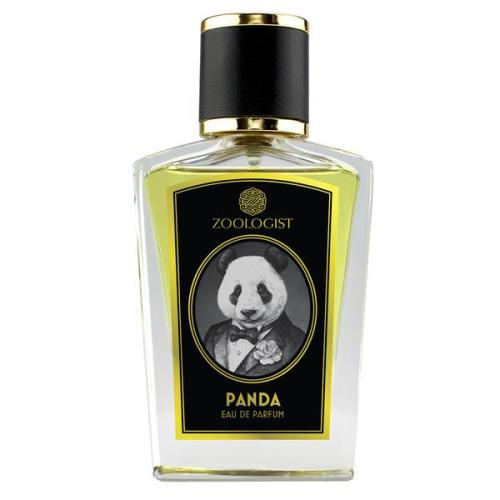 I really admire what Victor Wong is doing with this house and all three fragrances exhibit a high level of quality and excellent longevity.

I would be very interested to read your own experience of any of the Zoologist perfumes in the comments.

9 responses to “Rhinoceros, Beaver and Panda by Zoologist”