In last week’s review of Iris Silver Mist I offered to giveaway the large number of wax samples I was given at the Serge Lutens store in Paris. 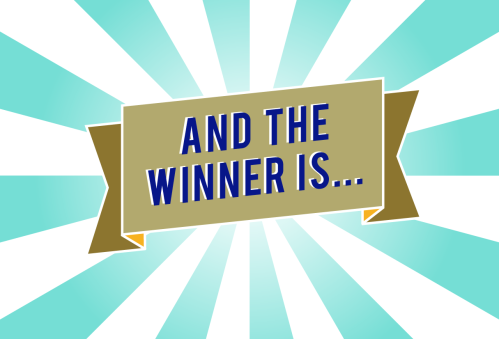 The winner of the random draw is:

Congratulations fragoom! Please email me at abottledrose at gmail dotcom with your postal address.

Thanks to everyone who commented and entered.

A Dislike of  Cinnamon

But there is an exception to every rule.

After my chai post it was interesting to see both in the comments and in private messages that I was not alone in my extreme dislike of cinnamon.
When I bake I prefer to use allspice or nutmeg or cardamom, cinnamon makes everything taste like Christmas or an apple pie.  Dior, one of the Poisons I think, and Diptyque’s L’Eau both have cinnamon in as far as I remember. I don’t have them here to sniff, but remember hating them. Correct me someone if I am wrong.  My mother didn’t like cinnamon, and always made the most delicious baked rice pudding with nutmeg.
Perhaps my aversion to cinnamon is hereditary.  There again I was brought up my first eight years in the States. That might have done the damage. Americans love cinnamon and they chuck it into and onto  every possible thing. Real or artificial flavoured.Toothpaste, mouthwash, chewing gum. If you don’t watch out they’ll dump a ton of the stuff onto of your overfoamed coffee.
Do you know Cinnabons? Cinnamon rolls with half a gallon of cinnamon goop injected into each one. A chilled cardiac arrest.  And then you get the sweet potatoes baked in maple syrup, topped with cinnamon. 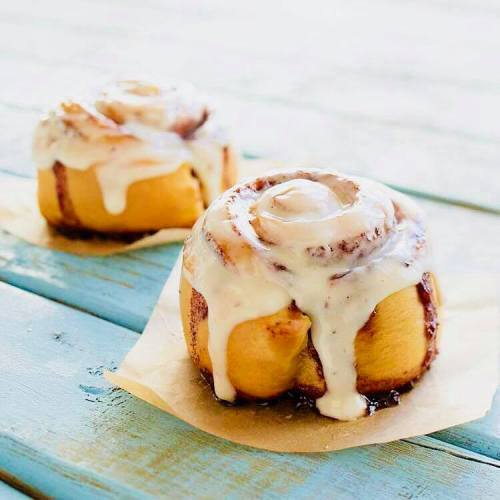 Perhaps it offers comfort, in which case I dread to imagine how much of the stuff they’re gonna be using these days. Let us move on to perfume.
Musc Ravageur – The Exception
I love the Frederic Malle line.  The old ones, the news ones, the reformulated ones.  It is a stunning collections of perfumes.
Musc Ravageur was the first one that I bought. A thick and spicy vanilla. Created in 2000 by the great Maurice Roucel, also responsible for Iris Silver Mist and Dans Tes Bras.

Not a floral note to be seen.  It is an oriental, and not a musk as we know it.  A glittering citrus opening, captured quickly by a rush of cinnamon, clove and vanilla.  I have learned through trial and error that you need to spray a decent whack of Musc Ravageur, to AVOID the cinnamon.  A light spray seems to encourage the cinnamon to hang around way too long.
It dries down to an amber, sandalwood, patchouli base, wrapped in vanilla. It is kind of stained and slightly grubby. Not for your average American. They have Cinnamon Burst Cheerios.

My bottle is a good few years old. I understand the newer version is easier to wear. No, I do not know what that means.

Iris Silver Mist by Serge Lutens – And A Giveaway

When I visited the Serge Lutens flagship store in Paris back in April, I was talking to a member of our group about how we loved fragrances that evolve on the skin. Then I promptly purchased a perfume that pretty much stays consistent from beginning to end: Iris Silver Mist. It’s a reminder that we don’t always need twists and turns. Sometimes consistency is what we crave. 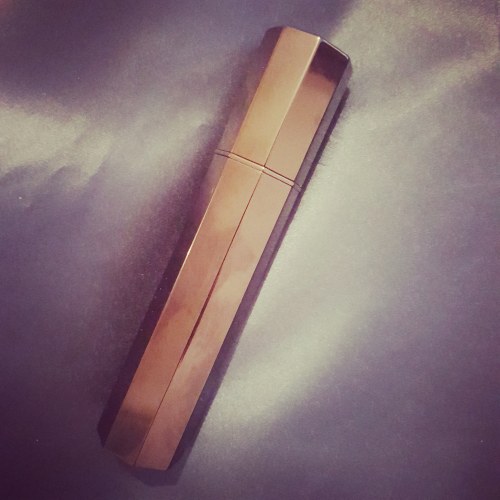 The sleek black atomiser of ISM I bought in Paris

I owned a small decant of ISM maybe 5 years ago and wanted to fall in love with it quite badly. Howver, it was a bit too metallic; as if a cold knife were pressed against my skin. Like a lot of the Lutens fragrances, it appears to have been reformulated since then. It is not only less metallic, but less reminiscent of freshly dug carrots. For once, reformulation had worked in my favour to make Iris Silver Mist considerably more wearable.

While it may not be as evocative of orange vegetables as it used to be, it is still satisfyingly rooty. I love this about it because when I’m in the mood for iris, I want it in all its raspy, rootsy glory.

Released in 1994, I’d forgotten that this Paris Exclusive was composed by Maurice Roucel and not Christopher Sheldrake. 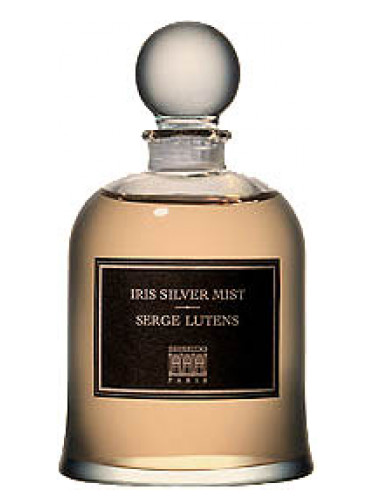 It’s not worth spending much time pondering the notes list. This is such a cohesive composition it’s hard to unpick and really, why would you? It’s all about that spectacular overdose of orris. Everything else is merely there to enhance and complement that striking effect.

Iris Silver Mist is likely to cause the uninitiated to take a step back. It’s unearthed bulbs, freezing fog, green shoots, rich soil, purple violets and even a crisp ream of paper. The dusting of powder serves to soften its edges somewhat and gives it a silky feel. However, it is still most definitely a statement fragrance rather than a pretty perfume.

On me, it swathes the skin so closely, others’ reactions are not of any concern.

ISM is as much an atmosphere as a scent. It’s introspective and wistful but it is also rarefied and mysterious. Has a name ever fitted a pefume more perfectly? I doubt it. You inhabit it the way you might inhabit an otherworldly mist at dusk.

It doesn’t need to mutate. It just has to be.

I find it more soothing than sombre, though I lean towards the melancholy so maybe I simply feel at home. Lately my nerves have been on edge and Iris Silver Mist has been s supremely calming influence, grounding and pacifying me. It’s a beautiful, ethereal filter through which to view the world. 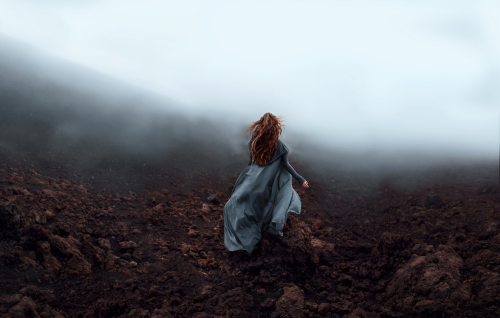 When people ask me what my favourite perfume is, I now have an answer: Iris Silver Mist.

When I bought my atomiser the SA at Serge Lutens gave me what I think must be close to a complete set of wax samples. If you’d like them, please let me know in the comments and I’ll do a draw next week and announce the winner on Thursday 28th June.

I have a fairly tough workout regime twice a week at the moment.  There are of course a host of post-workout drinks and shakes to chose from, most of them bordering on the unpleasant, at least taste-wise.  I am usually ready to pass out at the end of my program and want something that has a hit and kicks in immediately.  Which is why I started to make and take my own post workout drink.  Simple as that.  It literally brings me back to life, believe me. 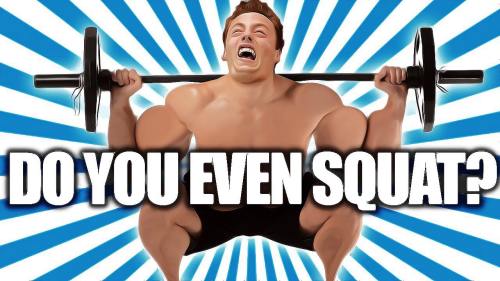 There is no correct recipe for chai masala or spiced chai.  You can use cloves, star anise and cinnamon but I don’t care for so many spices all at once, and I actively dislike cinnamon in a drink.  And in perfume.  Yuck.
Cookie Queen´S CHAI – this makes about a liter
Ingredients:
Fresh ginger. About two inches of root, grated
8 Green cardamom pods
20 Black peppercorns
5 Tea bags or loose black tea.  (I use bog standard PG Tips bags)
A good 250mls of milk
Sugar to taste

Crush the cardamom pods and black pepper in a pestle and mortar, or whatever you have to hand to do the job.

Put about a liter of cold water into a pan.  Chuck in the crushed cardamom and pepper and bring to the boil.
Let it simmer for about 10 minutes, more if you want.  It will smell divine, and might make you sneeze.

Throw in the grated ginger root. Keep it simmering for another 10 minutes. 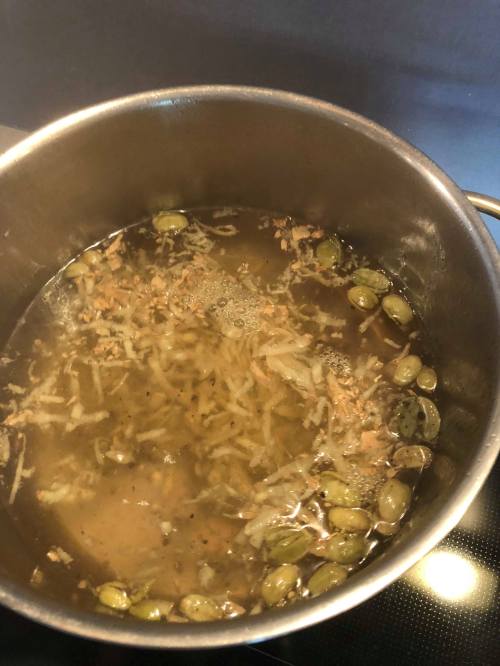 Bring it to the boil, watching it so that it doesn´t boil over your stovetop, but hopefully you have used a big enough pan!
Throw in the teabags.  Let it simmer until you have a good deep tan colour, probably about three minutes.

You will then need to pour it through a decent sized strainer over another saucepan or a bowl and strain the whole lot, pushing down on all the stuff to get every last bit of goodness out.

Sugar to taste.  This chai needs to be really sweet, you can decide yourself though.

It’s Mood Scent time again! Today, Megan, Sam and I are picking perfumes that remind or connect us with the place we live or have lived in the past. There are so many fragrances and entire brands devoted to geographical locations, but there are also perfumes that evoke a particular area for other reasons. It’s a personal resonance and I’m looking forward to reading which fragrances my blogging pals based in Wales and France have chosen to represent their home. Hopefully Esperanza will be up to joining us for our next post in August.

I’ve lived in the capital my whole life so I’ve chosen two perfumes that represent it. This city of mine is a quirky one and Gallivant have made a perfume to match. London is a light, rosy leather with a twist – an aquatic top note that you might not expect to work but somehow does. It captures the eccentric side of the city where everyone is free to express themselves in whatever way they choose. It’s one of the things I am most proud of about my hometown. This unique perfume was a finalist in the 2018 Art and Olfaction Awards for good reason.

While I might not be naturally drawn to Jo Malone’s clean and tasteful output, this 2014 release made an impression on me for its evocation of the British coastline. It was composed by Christina Nagel who is doing a stellar job over at Hermes after taking over from Jean-Clause Ellena. It represents in scent a windswept shore rather than the more familiar tropical beach fragrance. Wood Sage & Sea Salt starts with citrus moving through light woods with gentle greenery and ending with a salty/sweet amber in the vein of Eau de Merveilles. It’s successful in bringing to mind the flashes of sunshine and salty breeze I used to get when visiting a British seaside town out of season with my family as a child. 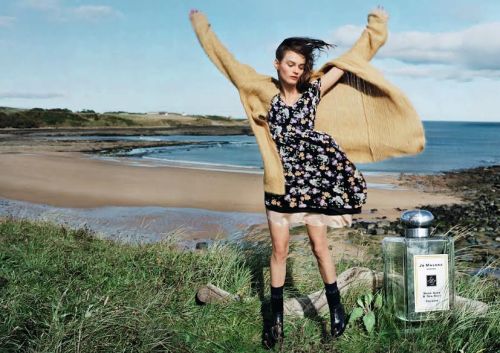 I can’t write about London without taking into the account the multicultural mix that I am a product of. My mother came to Britian in the 1950s with the rest of her Angl0-Indian family from Bangalore. They moved into a house in Willesden and when she married my English father, they bought a house in west London. I’ve grown up in a mixed race family and still live in this terrifically diverse city. I therefore have to include a perfume that reflects this and I happen to own and love Vaara. Penhaligon’s is a quintessentially English brand that have created a Western perfume inspired by India. It’s a light, sunny Anglo-Indian rose fragrance with gorgeous splashes of quince, saffron and carrot seed.

Moving out of the city into the British countryside is a joy and I love it whenever I get a chance to trample through a forest or woodland. What’s great about Dryad is that it is more than a literal interpretation of the ancient forest in Southern England that inspired it. It starts out with a galbanum note that is a photoreal expression of being immersed in the lush vegetation of this green and pleasant land.  However it is embedded in a magnificently complex chypre with a base of oakmoss and oriental leanings which give it a glorious antique feel.

Have a look at the Scents of Place from my partners at Megan In Sainte Maxime and I Scent You A Day. 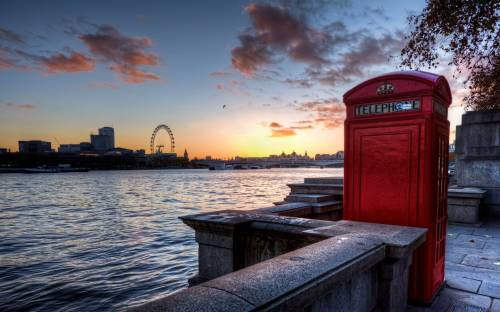 Is there a perfume that you associate with your part of the world?