These days when I hear about a new perfume house it tends to wash over me. That is unless it’s mentioned by a friend.

Tina G of Australian Perfume Junkies told me about Beaufort and specifically the scent 1805 Tonnerre. What especially got my attention was when she said the man behind the line, Leo Crabtree, had played drums with The Prodigy. Apparently he has had a life-long love of fragrance and his inspiration for Beaufort is the dark side of English history, particularly in relation to the sea.

The brand name comes from the Beaufort wind force scale of measuring the intensity of the wind: a system still in use today. The website states that it represents “a kind of framework within which we can understand ourselves: The wind is constant, enduring, but ultimately changeable and potentially destructive”.

So when I met up with fellow blogger Esperanza at Bloom perfumery during her recent trip to London, I suggested we try the line. We both enjoyed testing the three fragrances released last year in the inaugural Hell and High Water Collection because they were so distinctive. Whether they’re to your taste or not, it’s interesting to try something that isn’t bland or you’ve experienced a million times before. 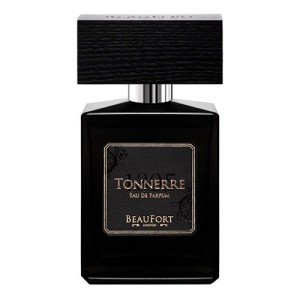 1805 was the year of the Battle of Trafalgar, which Admiral Nelson won but during which he lost his life. The fragrance, 1805 Tonnerre attempts to re-create the scent of the battle and is an arresting clash of lime and gunpowder. The lime is bright, fresh and tart while the gunpowder is smoky, leathery and almost meaty. The two are surprisingly well matched, with the lime slicing through the powdery smoke in the opening stage.

The citrus fades over about an hour leaving a woody/ashy drydown with a little salt spray and a pleasing handful of pine needles thrown in.

Of course there should be no gender restrictions in perfume but 1805 Tonnerre feels assuredly masculine to me and I can envisage it being attractive on a guy with a bit of an edge. I can also see women who like bold, smoky perfumes going for this one too.

Tina told me that as well as the Eau de Parfum, the scent is available as a candle and that medium appeals to me most.

Projection is explosive to begin with but mellows out.  I found it to be fiercely tenacious – as if it had seeped into the skin – even surviving a bath. 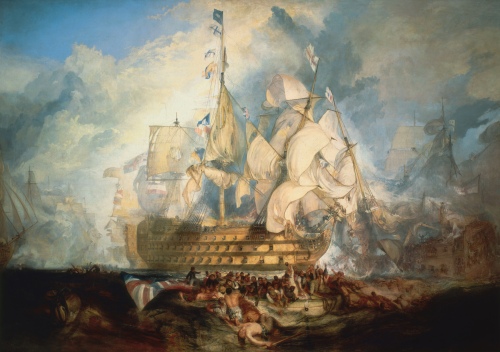 It’s one of those fragrances that is best appreciated at a bit of distance. If you press your nose in close – as is our wont – it’s too intense and jarring, but that’s not how we experience fragrance in day to day life anyway.

Give it room to breathe and 1805 Tonnerre can become an uncommon pleasure.