Neela Vermeire Creations produce fabulously opulent scents that interpret India through French perfumery.  Their latest fragrance, Rahele (“Traveller”) was – as usual – composed by superstar perfumer Bertrand Duchaufour. It was inspired by three 17th Century French travellers to India whose books about the country left a lasting impression on many Europeans. 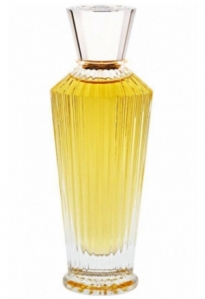 Rahele sets off with a beautiful, perfectly rounded, green mandarin note. It’s like sniffing the whole fruit with its zesty peel and green leaves intact. It’s supported by that classic rose/iris accord which fondly reminds of old-fashioned cosmetics.

This is a perfume which is primarily focused on osmanthus and I soon pick up on its softly sweet, apricot-tinged, floral aroma. The effect gradually becomes riper and more vivid as we move into the heart of the fragrance. Although we are travelling, it’s at a leisurely pace.

Perhaps we are aboard The Palace on Wheels, the former Maharaja’s luxury train. I feel a real sense of calm, as if gently rocked by the carriage, gazing out entranced at the countryside passing by. It is indeed India several steps removed – viewed from someone who is only passing through, rather than up close and personal.

The florals are like watercolour smudges while the spices are treated with an incredibly light touch and only give the faintest sense of place. The apricot facet of osmanthus is emphasised in the opening and heart, while its suede-like facet is emphasised in the base. I love how the dry leather is backed by deep green oakmoss. It gives the drydown depth, contrast and sophistication. This is when the fragrance goes from being lovely to downright gorgeous.

Rahele is a thing of beauty; a soothing daydream of a faraway place overflowing with fruit and flora, but with a shadier side. It’s by far my favourite fragrance from NVC which seem to improve with every release. Their last creation, Pichola, was the first tuberose perfume I’ve fallen for, which is no small feat considering my usual aversion to the note.

The other perfumes in the line-up all have a lot of throw but Rahele takes a different path. It’s much more intimate and I find it all the more alluring for it. It entices you to come and explore just beyond the boundary. It whispers of untold lusciousness; a sheltered sanctuary where everything is unfurling for your eyes – and nose – only.

Although it may not be a heavy-hitter it is no will-0′-the-wisp. It’s incredibly tenacious, staying with me for most of the day.

This dream-like scent takes me out of my surroundings and out of myself.  It’s rare that a perfume can transport and soothe me to such a degree, but Rahele does just that. 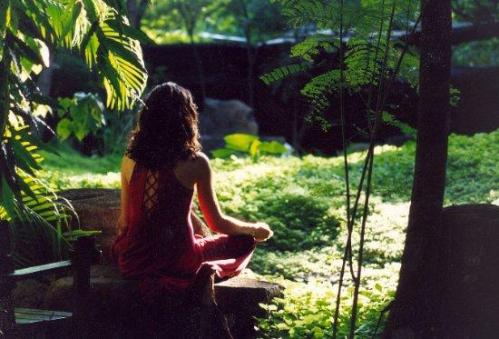 Have you tried Rahele? Do you like any osmanthus perfumes?