The last couple of months have contained two books with harrowing but ultimately feminist themes.  I read both because they are so well known and each had its own impetus, as you will see. I also checked in with a couple of my favourite authors. I feel like I’m on a roll and I hope it continues. Having a good supply of new reading material is important but not always possible. If I were scoring the books, all of these would get a solid four starts.

The Handmaid’s Tale by Margaret Atwood

I have always meant to read this dystopian classic but never got round to it. The excellent TV adaptation gave me the push I needed. It’s different in a few notable ways to the TV show and much slower paced, but it was good to get extra insights and read the original book. Like a feminist 1984, it resonates decades after it was written in 1985.  I’m intrigued to see where the next season of the TV show takes it from here.

After something so dark it was good to dive into a easy-to-read fantasy. I got Caraval for 99p in a Kindle Daily Deal. It’s fast-paced and full of magic, which I love. If you liked the premise of The Night Circus but found it a bit heavy-going you might like this. Caraval is an immersive game that’s a cross between a circus performance and a treasure hunt, but with much higher stakes. The two sisters at the centre of the tale irritated me at times but didn’t spoil my enjoyment.

A Perfect Storm by Jodi Taylor

Another riotous short story e-book from the time-travelling series, The Chronicles of St. Mary’s. It was like catching up with old friends and I read it in one sitting. Can’t wait for the next (10th?) full length novel.

I never re-read books but when Jodi stops writing these – *shudders* – I shall start again from Book 1, Just One Damned Thing After Another.

The Girl With The Dragon Tattoo by Stieg Larsson

I got this free in an Amazon offer which was great as it’s another book I’ve been meaning to read forever but never did because I’m not a fan of thrillers. At first I wondered what all the fuss was about after wading through pages of financial double-dealing. Then Lisbeth, the troubled girl with the titular tattoo, came on the scene and l was hooked.

As the mystery at the centre of the book developed, I got more and more engrossed. With one big reveal I even exclaimed out loud and that doesn’t happen often. However, I don’t feel compelled to read the rest of the series. Let me know if you think I should. 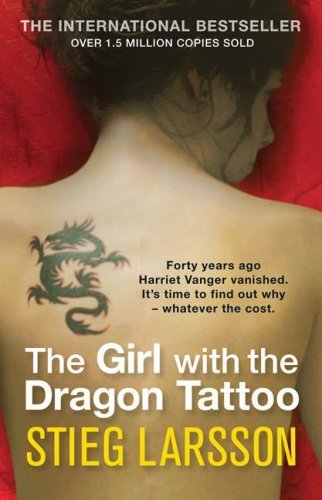 The Break by Marian Keyes

I know a new book from Marian is going to be a treat and I couldn’t wait to get stuck into this after the grim storyline of The Girl With The Dragon Tattoo. In The Break, Amy’s lovely husband reacts badly to two bereavements and decides the only solution is to put their marriage on hold while he goes travelling for six months as a single man.

It’s an enticing premise and waiting to see how Amy will cope and how she might even take advantage of the situation herself, makes it a great read. Not to mention the array of often comical supporting characters you always get in a Marian Keyes novel. Loved it.

What have you been reading lately? Anything you’d recommend?