I’ve never been one to wear ‘masculine fragrances’ or perfumes centred around veitver. However Encre Noire – black ink – has always held a certain fascination for me. I know  a lot of women love it and I like the way the bottle resembles a bottle of ink.

A little while ago I got samples of the original EdT (released in 2006) and one of the flankers, Encre Noire à l‘Extrême EdP (released last year).

The first half of Encre Noire is focused on cypress which is like being dropped into the midst of a dense, dark green grove. It has the feel of an aromatic incense perfume, like Armani’s Bois d’ Encens.  The veitver gently wafts up from underneath, like earth permeating a layer of pine needles lying on the forest floor. What’s great is that the cypress lasts right through to the base.

Swampy vetiver accords turn my stomach; a kind of grassy ditch water aroma that I can’t abide. Encre Noire thankfully doesn’t have that, even when the cypress eventually fades and the vetiver comes into full effect. It has more of the smoky kind of veitver, which is probably down to the inclusion of vetiver bourbon.

What I do like about vetiver is its strength.  Wearing Encre Noire, you can feel that characteristic certainty – an unshakeable self belief that will get you where you want to go. At the same time, it has a head-clearing quality which would indeed make it ideal to wear while writing or whenever you need to focus.

Encre Noire à l‘Extrême opens up at a much lower pitch without the deep green waft of cypress. It’s dark and dusty from the start, like an unexplored attic in a crumbling mansion.

While the original Encre Noire is centring yet expansive, Encre Noire à l‘Extrême is more intense. It’s also more intimate and rather seductive with its light veil of powdered musk. The hazy, dry woods present are just as soft and malleable.

The two iterations converge in the base where they are reduced to tones of grey, like a charcoal drawing.

Encre Noire à l’Extrême conjures up darkness in a way that is soothing and mysterious rather than alienating. Imagine being relieved when night falls because you can take off your mask and finally be your true self.  It’s a sophisticated vetiver which has been polished and stripped of its vegetal harshness. More than ink, it makes me think of grey mist; the outline of a stranger in the gloom. 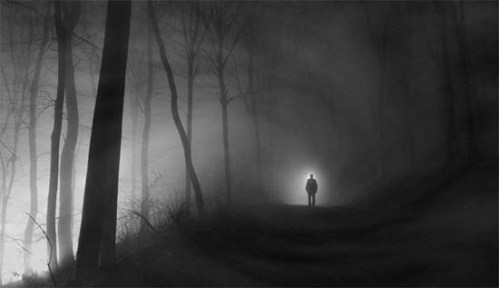 Both incarnations of the fragrance have bucketfuls of atmosphere, especially for mainstream offerings. I’d recommend giving it a try if you like intriguing, dry scents which feel grounding. It’d make a good choice for those who want an alternative to the sugary confections filling up the shelves in the high street.

How you get along with vetiver? Have you tried any version of Encre Noire?

I’m fortunate to know artisan perfumer Liz Moores and while I can see facets of her character in Papillon’s other fragrances it feels like her fifth creation, Dryad, gets to the core of who she is.

If you follow Liz on social media, you’ll know that she spends a lot of her time nurturing animals (as well as children) and regularly shares the beauty of her surroundings in the New Forest.

Unlike most of us in this day and age, Liz seems to be living her life in sync with nature; celebrating the festivals that mark the changing of the seasons and noticing the waxing and waning of the moon.  She may be a glamour puss but I suspect she is an earth mother at heart.

This way of life must cultivate a great sense of connectedness with the natural world and I can feel that in Dryad. I tried an early mod of this forthcoming release during a visit to Papillon HQ last year, so I couldn’t wait to sample the final version which will be available from June.

A dryad is a human-like tree nymph from Greek mythology and these shy creatures often inspired love and desire in the gods.

As I enter Dryad’s mythical forest domain, I’m met with the unmistakable vivid green aroma of galbanum. Its usual astringency warmed by the sunshine of orange citrus and tamped down by an accord of leafy aromatic herbs.

Oakmoss forms the striking emerald carpet that is underfoot for the duration of the perfume’s development. No doubt this explains in large part why Dryad bears a resemblance to vintage Vol de Nuit parfum, as Claire astutely notes on Take One Thing Off.  Liz tells me that she was able to use a variety of oakmoss that is compliant, in very small amounts, with the IFRA regulations and then built it up with other supporting accords.

There’s something lurking just behind the trees (costus?) that prevents the scent from being entirely wholesome. It takes Dryad from what could have been light, bright and legible and turns it into something dappled, deep and mysterious. It seems to distil the very essence of an enchanted forest.

Dryad is not a fragrance with clear demarcations of head, heart and base but one of gradations, moving over time from sunlit green through to earthy brown. It’s a journey which takes the wearer from the edge of the forest to its shaded, sacred centre. Meandering through the ancient trees at a languid pace, it lasts for an extraordinary long time on skin.

Like Salome, Dryad is meticulously structured. It’s the kind of green chypre/oriental with a complex character and an old soul that’s rare to find these days.

A lecturer at university once remarked in a seminar that I always looked as if I were dreaming of some otherworldly place. Dryad actually takes me there.