There’s nothing like a returning trend which you remember vividly from the first time around to make you feel your age.  It doesn’t seem like five minutes since aquatics fragrances were at high tide before receding from the mainstream market. When they went out of vogue, many of us were relieved to see the back of them.

Really, it’s unfair to tar all watery-themed fragrances with the same brush. For me (and I suspect many others) it was more the ubiquity of the calone-fuelled 1990’s phenomenon L’Eau d’Issey that made me tire of the genre. There’s actually been a number of really great niche oceanic fragrances since then, including Heeley’s Sal Marin and Epice Marine Hermessence.

Last year aquatic fragrances staged a comeback. I was pleasantly surprised by Jo Malone’s Wood Sage and Sea Salt and in September Penhaligon’s launched a duo of scents which were also inspired by the windswept British coastline.

Blasted Heath and Blasted Bloom were both composed by perfumer Alberto Morillas who incidentally did – count them – five L’eau d’Issey flankers.

Blasted Heath embodies the scent of salty sea air and seaweed mingling with the aromatics of shrubbery and wild herbs.  There’s an aquatic accord woven through dense leaves and sage.

It has a decidedly masculine feel, with a slight metallic edge. If you can imagine such a thing as an aquatic fougere you’d be on the right track. Blasted Heath is as much about aromatic greenery as it is about seawater. 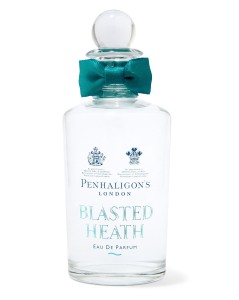 As you may have suspected from the name, here in Blasted Bloom we have wildflowers at the shore being blown about by the bracing sea breeze. The berry note isn’t bold or syrupy sweet but actually quite tart and subdued.

The flowers are delicate and spring-like while the aquatic aspect is less evident than in Blasted Heath. This is more about cool, reviving coastal air than brine and algae. You wouldn’t need to be a fan of aquatics to enjoy this, but you would need to like super fresh florals. 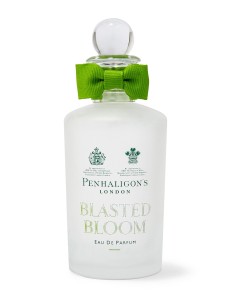 Both fragrances wear pretty light with soft sillage and moderate longevity. Neither is to my taste but Blasted Heath is novel and it successfully captures the wilderness by the cliff edge as the waves crash into the rocks below. 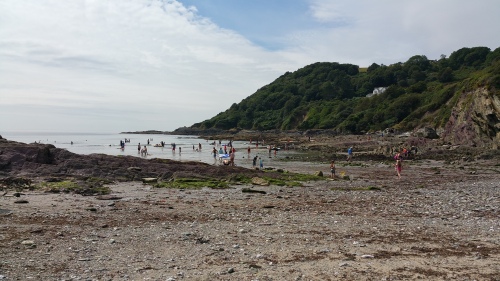 How do you feel about aquatic fragrances? Are there in the genre that you admire?

14 responses to “Blasted Heath and Blasted Bloom by Penhaligon’s”