I eased myself into January with several short books, most of which had a self-help slant and gave me a lot of comfort in a tough month.

The Boy, The Mole, The Fox and The Horse by Charlie Mackesy 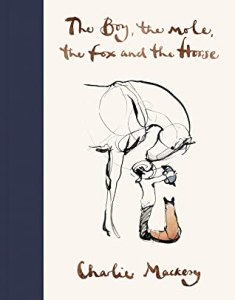 I’ve been waiting for this picture book to be released as an audiobook and it finally was at the end of last year. I decided to wait to listen to it on New Year’s Day and it was just perfect. It has been called ‘A book of hope for uncertain times.’ It’s hard to think of more uncertain times than now.  Last year I bought copies for my niece and a friend.

Charlie Mackesy has a lovely warm voice tinged with humour and fragility and the subtle musical touches are gorgeous. We follow the characters as they spend time wandering the countryside, playing, talking and saving each other literally and metaphorically.

This is a beautiful, comforting and touching tale about acceptance, kindness and hope. It’s full of gentle lessons for life. I’m happy I have it on hand to listen to whenever I need it.  5/5

“Suddenly I saw in front of me the Statue of the Faun, the Statue that I love above all others. There was his calm, faintly smiling face; there was his forefinger gently pressed to his lips. […] Hush! he told me. Be comforted!” 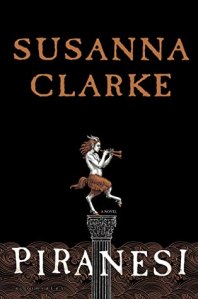 Unlike the rest of the world, I was underwhelmed by Clarke’s 2004 debut novel Jonathan Strange & Mr Norrell. I found it chronically over-long and dry. I picked up her latest novel, Piranesi because of the effusive praise – The Times called it ‘Spectacular’ – and the fact that is less than 300 pages.

At first I wasn’t sure I’d be able to continue it considering I was shielding and the main character, Piranesi, is alone in an endless labyrinthine building consisting of massive halls lined by classical marble statues. Seas wash across the lower halls and the upper halls are draped in clouds. Piranesi spends his days appreciating the statues, leaving offerings for the 13 skeletons and collecting fresh water and seaweed for broth. He records everything in his journals which form the structure of the book. Apart from birds, the only other life Piranesi sees is a person he calls ‘The Other’ who he meets twice a week to discuss his research. The Other is determined to uncover the Great and Secret Knowledge he believes ‘the House’ possesses.

Unlike The Other, Piranesi is an endearing character, being guileless, trusting and grateful for everything within his world. The writing is atmospheric and the descriptions of the House are extraordinarily vivid. It’s one of those singular books that once read, you will never forget. The House will stay with you long after the plot has faded.

Piranesi’s isolation and the way The Other is so uncharitable towards him is unsettling. If I couldn’t have finished it in two sittings I might have put it aside. At around the halfway point, what is happening – and why -gradually starts to be revealed.

This is a multi-layered book with a myriad of grand themes including the solace found in religion and art and the corrupting nature of the pursuit of power. I imagine different people will see different things in it and no doubt some of the allegory went over my head.

For me, it was about trauma and the benefits and risks of finding ways to cope and escape from it. Sometimes you need to escape to survive but ultimately you risk living a life in unreality. No matter how scary the world is, it is at least real and there is beauty there if we can tune ourselves into it. It’s all about balance.

Objectively I can see why most people rate this is a 5 stars. It’s mysterious, gripping and evocative but I rate based on my enjoyment and because of it’s disquieting effect on me it’s 4.25/5

What I Know For Sure by Oprah Winfrey

“Whether you flounder or flourish is always in your hands—you are the single biggest influence in your life. Your journey begins with a choice to get up, step out, and live fully.” 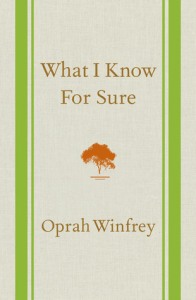 I loved watching The Oprah Winfrey Show during my teens. As it evolved it fueled my interest in personal development and I read many books featured on the show.

What I Know For Sure is a collection of the short monthly articles Oprah wrote for her O Magazine. They are divided into several topics: Joy, Resilience, Connection, Gratitude etc.

Wintering: The Power of Rest and Retreat in Difficult Tines by Katherine May

“We have seasons when we flourish and seasons when the leaves fall from us, revealing our bare bones. Given time, they grow again.” 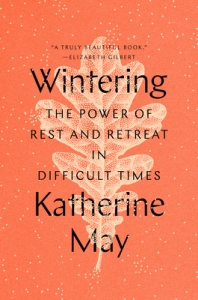 I came to this little non-fiction book via Elizabeth Gilbert. It’s about wintering both literally and metaphorically.  Katherine is a British writer who lives down on the Kent coast. A few years ago she went through her own personal winter and talks about how she got through it. We hear from various people about their own experiences and how they survived their tough times. These are interspersed with interviews with people in cold climates to learn how they cope with extreme winters. She covers her own trips to Iceland and Finland and cold water swimming. It’s an easy, personal read that focuses on how you may not be the same after your own winter but you can benefit from it and come out renewed. I also liked it’s focus on rest and retreat as I have a tendency to feel I need to be moving forward all the time. 4/5

“I have always believed, and I still believe, that whatever good or bad fortune may come our way we can always give it meaning and transform it into something of value.” 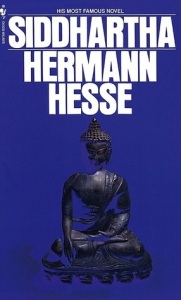 Apparently this 1922 novel was popular in the late 1960s with the Flower Power generation. It’s a short tale about the spiritual journey of a young man in India – named Siddhartha – at the time of the Buddha. He goes against his father to become samana (an ascetic seeker) living in the forest. He then meets a courtesan named Kamala (apparently a common name in India meaning ‘lotus’) and falls into a life of lust, business and gambling for many years before finally coming to a point of despair. This drives him back to a simple life working as a ferryman and returning to the spiritual path.  It’s an uncomplicated story with beautiful writing and a gorgeous sense of place but that was about it. 3/5

What kind of start did your new reading year get off to?

Selecting a featured image is recommended for an